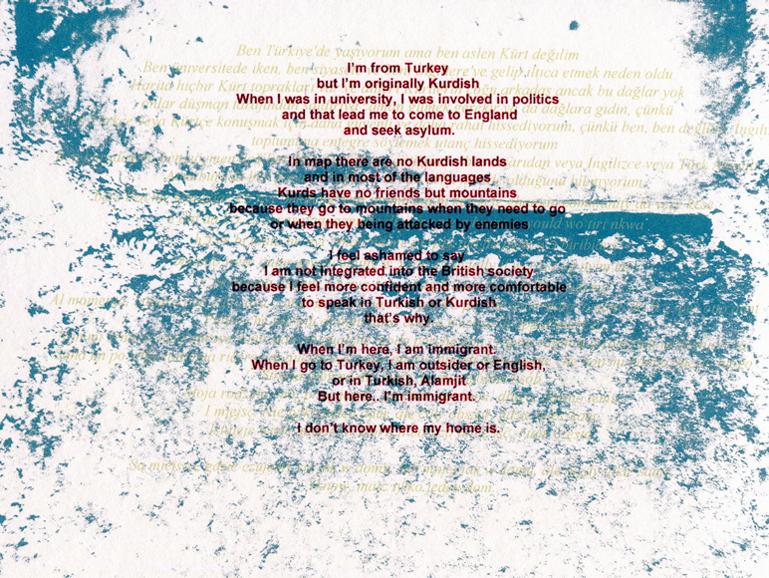 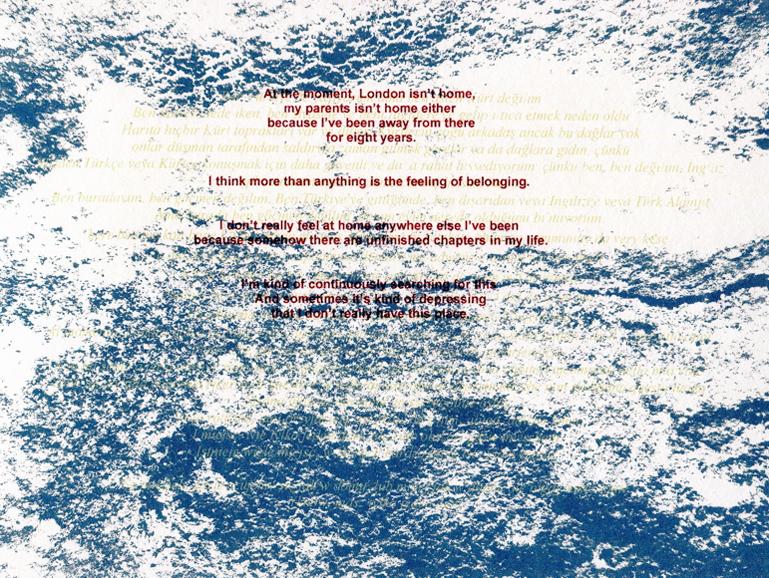 This project was an attempt to understand the experiences of people arriving in the UK from other countries. I recorded four people who had lived in the UK for varying lengths of time, talking about how they felt about home, and where they felt home was for them.

It was made originally as a video, weaving in people talking in their own language and in English. The visuals show two people who were born in the UK. The film sought to play with ideas of belonging, security and home. The narrative was shown as a sound piece, in collaboration with a group of other artists at Wimbledon College of Art in 2008.

I subsequently made screen prints – three of which are shown here – for each of the four collaborators, layering their stories both in their own language and in English. 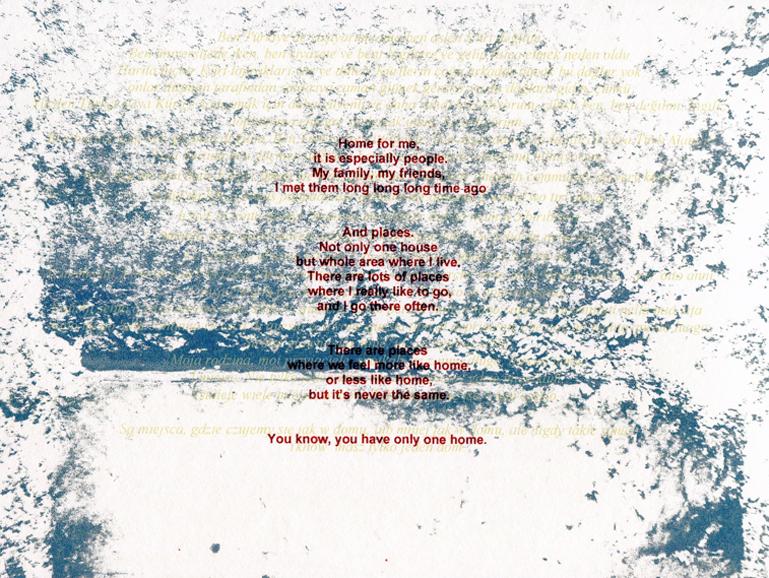