I worked as an artist in residence at Tooting Market as part of the POST artists group. We took over one market stall within this busy south-west London market.

My work investigated the experiences of market stall-holders and market users alike. I sought to draw parallels with global markets of food production, where producers of food are often underpaid and the food they produce becomes an expensive commodity, which they are often unable to afford themselves.

Thus my stall had a blackboard and a label rail, where people’s thoughts and feelings about the market could accumulate throughout the residency. I made casts of food produce sold on the market and gave these the appearance of gold, silver and copper, so they took on the appearance of precious metals. 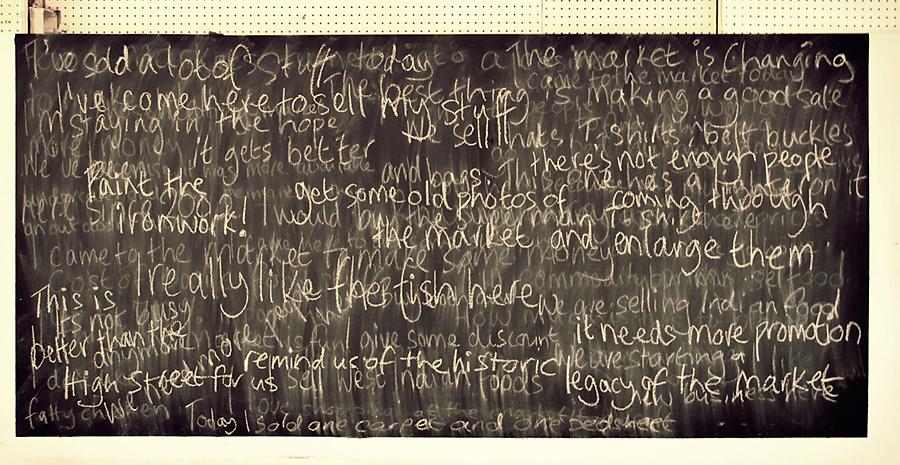